Of the 308 formal submissions, informal feedback and 16 presentations from the community, the overwhelming majority were in support of the changes, with calls for additional facilities including running water, bins, compostable bags and dog agility equipment.

“The community has let us know they’re pretty happy with the spots we’ve chosen and while Council have only committed to providing the basics at this stage, we’ve got some great community groups willing to use their people and resources to add the extras that dog owners like to see at dog parks,” said Mayor Ash Tanner.

In Matamata, changes include turning a portion of Peria Rd Reserve (excluding the memorial plantings and pathway) into a fenced off-leash dog exercise area.

“Feedback was this is a large and interesting space and a lot of people look forward to using it,” said Mayor Ash. “Some requested off-street parking which isn’t in our immediate plans but something we can look into in the future,” he said.

In Te Aroha, changes include turning part of the reserve on Spur Street into a fenced off-leash dog exercise area, expanding the current Spur Street Esplanade area (to be looked after by a community group but available to all) and turning the boat ramp reserve into an on-leash area as it’s prone to flooding and has the Hauraki Rail Trail running through it.

“A lot of people told us they love taking their dog for a paddle at the boat ramp and don’t want to lose this option,” said Mayor Ash. “We want to assure dog owners, we have no issue with this, just make sure you clip them back on a leash when they’re on land,” he said. “It’s just about making this popular mixed-use space safe for everyone.”

The areas will have some basic improvements made for when the bylaw is in place on 1 December. Council will be working with community groups to do further work in the new year.

See copies of the bylaw at the council offices, libraries and online at www.mpdc.govt.nz 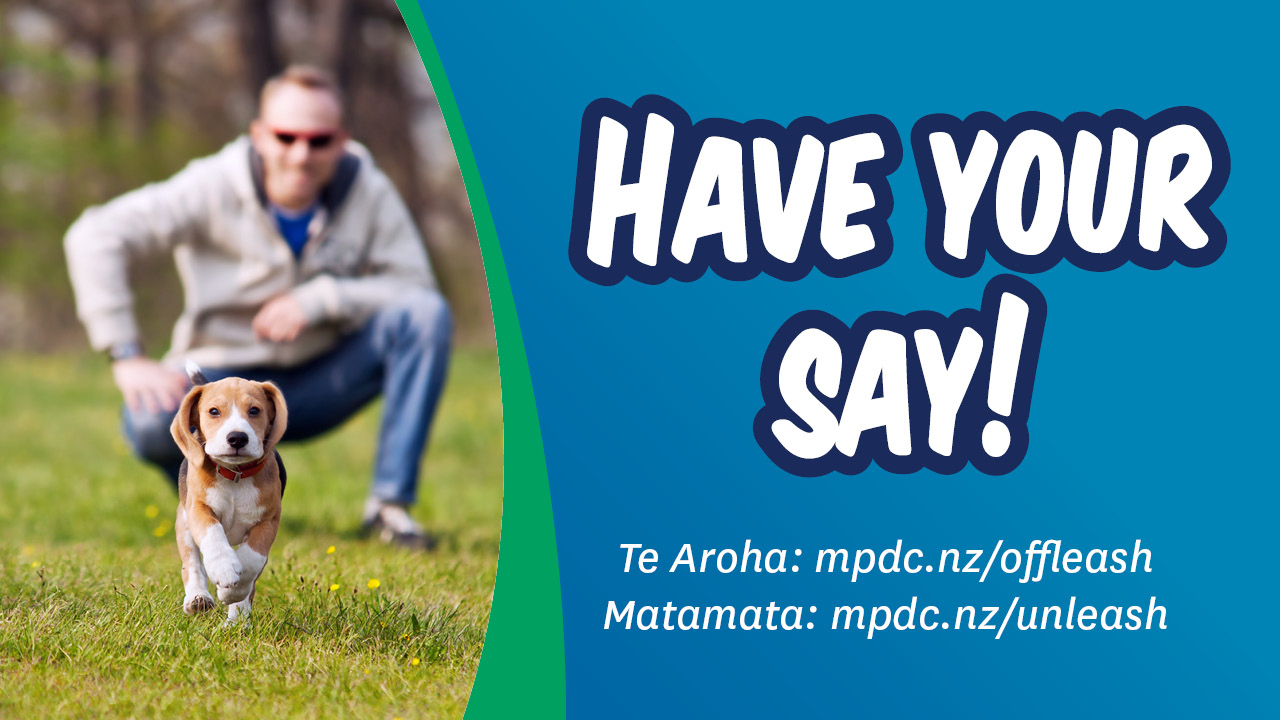