Well done Matmata-Piako, you stood up to the task! Nominations for the local government elections on 8 October 2022 have closed with a fantastic nominee turnout, with more candidates than vacancies for the Mayor and general ward seats. You can view the full list of nominees below and at mpdc.nz/elections.

Keep an eye out for voting papers in your letter box from 16 - 21 September 2022. Not sure if you’re enrolled to vote or whether your postal details are up to date? You can check your enrolment status and update your details here.

Voting documents will be posted from Friday, 16 September 2022, so make sure you're enrolled to vote and that your details are up to date. You can check your enrolment status here.

Voting documents must be returned no later than 12pm Saturday 8 October 2022.

You can return your completed voting documents by post or hand delivered to the following council offices and libraries between Friday 16 September and Friday 7 October 2022.

Voting documents can also be hand delivered to the following council offices and libraries on Saturday 8 October between 9am - 12pm if you miss the main period.

If you are not enrolled in time to recieve voting documents by post, you can do a special vote at any of the above council offices and libraries during normal office hours. You can apply to enrol as either a residential or ratepayer elector right up to and including 7 October 2022 - the day before the close of voting. 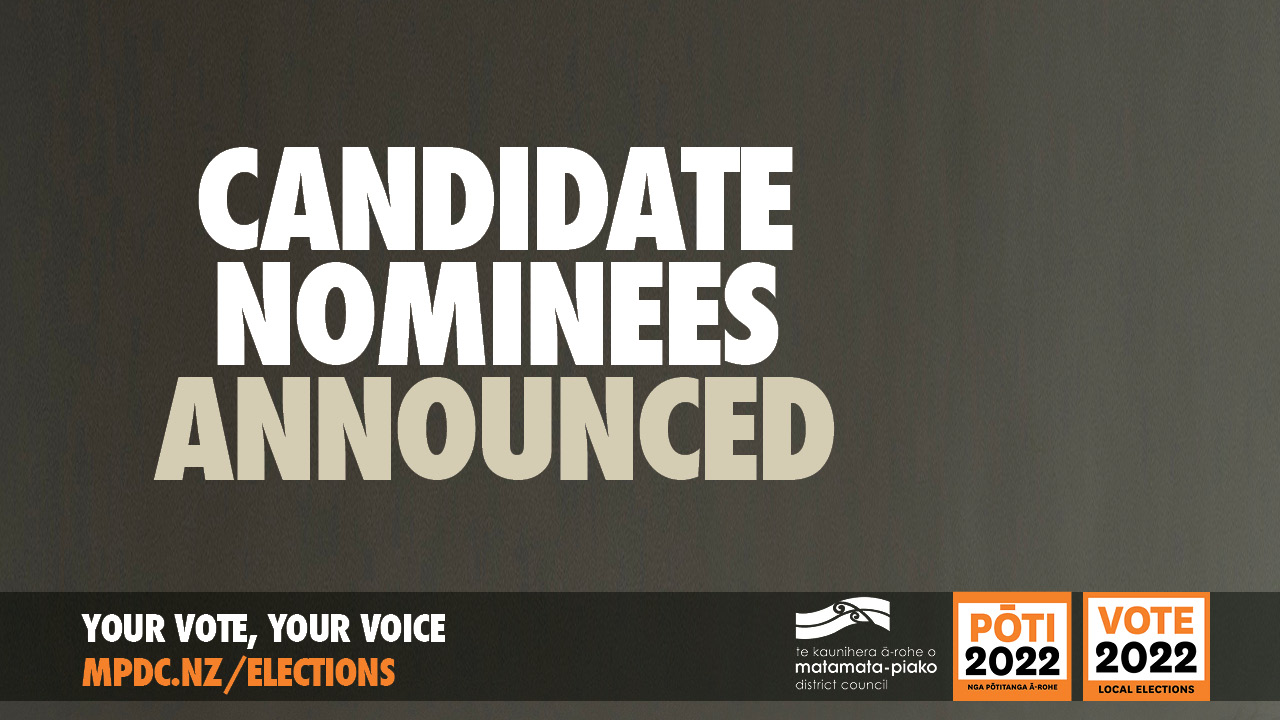